How the design of your workplace directly links to productivity in your team. 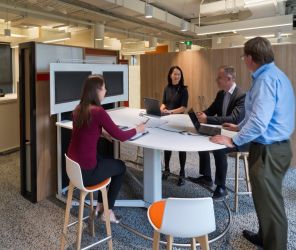 The focus on productivity served us well during the 20th Century. Mass production of consumable products has made them affordable and has enriched our standards of living. Productivity has long been the key measure of a successful workplace. But what is productivity, how is it measured and how does the design of the workplace link directly to the productivity of your team?

Economists use monetary income as a measure of productivity. Others refer to outputs, in whatever ways are of value to a community.

Workplace analysts and academics often attempt to measure productivity within the workplace but largely fail to find a universal measure as organisations differ in the outcomes they seek to achieve. It is easy to simply survey people and ask them whether a new office environment makes them more productive than their previous environment, or if their workplace is somewhere they would be proud to bring visitors. But how useful are these generic measures?

Measures of productivity vary according to the strategy, values and culture of the organisation, and also the team.

It is submitted that there are four generic strategies that drive productivity measures. The most dominant is efficiency and reliability: To lower cost and increase production by developing more accuracy, precision and systematic methods of doing things.

But productivity can be measured in other ways including: responsiveness, innovation and people engagement. In any organisation, all four productivity measures can co-exist but it is common that one or two are more dominant. Sometimes the measures can be paradoxical. For example, people engagement requires investment of time, but this may be an impediment to responsiveness. Similarly, innovation requires experimentation and some waste, but efficiency and reliability works against this.

It is universally agreed that a workplace impacts on team productivity. Early research by Building Use Studies in the UK highlighted that the three workplace factors that most impact on productivity are lighting, noise and air quality. Such factors are hygiene factors that create a baseline for people to work productively. What really drives productivity are motivational factors such as strategy, culture and values of each team. By understanding the team strategy, culture and values it is possible to align not only productivity measures, but also a team playbook, team work tools and a team workspace that support it. 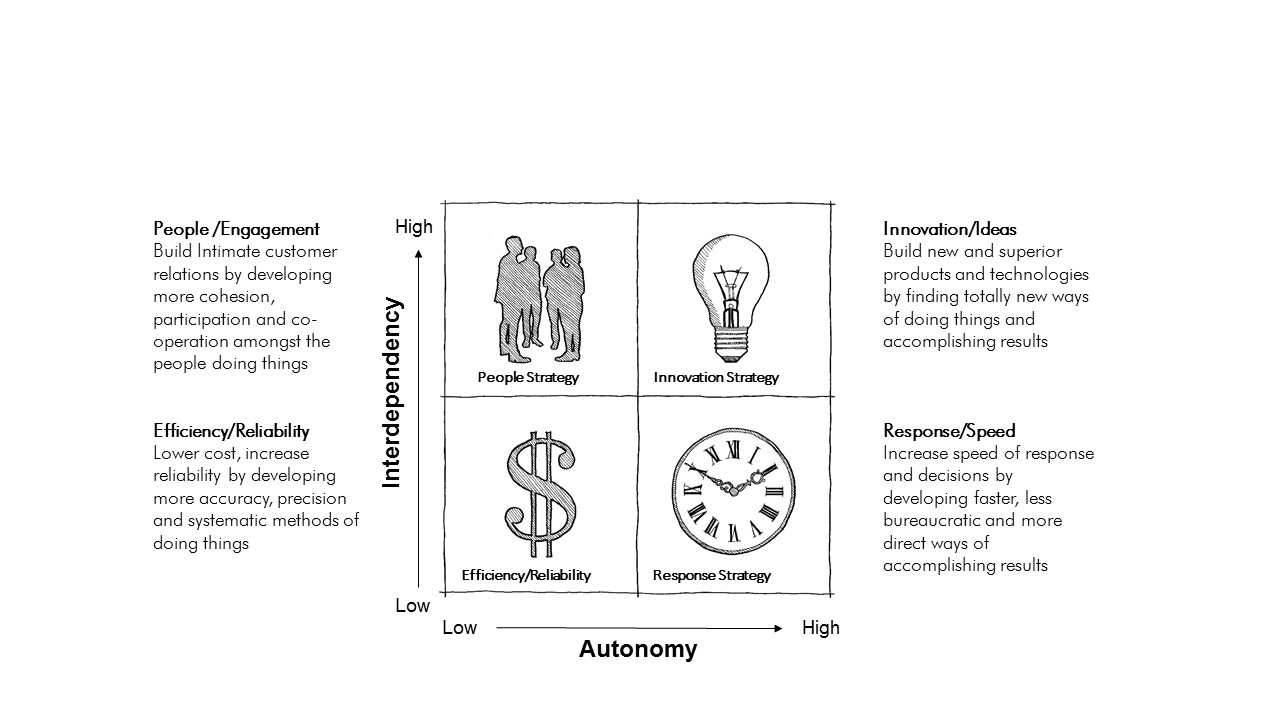 Traditional workplace strategies such as open plan and Activity Based Working fall short of achieving the desired levels of productivity for a number of teams and individuals. This is largely because the workplace has been designed to accommodate efficiency and reliability. This leaves teams who are working within each of the other three alternative strategies compromised.

For example, university academics tend to work autonomously with little interdependency, whereas architects work collaboratively with their immeadiate team and are interdependent with other teams. This may explain why university academics like to work in private offices whereas architects like to work in open studios. Neither of these teams would be suited to the traditional open plan workspace that is typical among those organisations who measure productivity based on efficiency and reliability alone. More extreme w orkplace strategies that introduce hot desking or Activity Based Working are most suited to teams who are both autonomous and interdependant. Such teams are also highly mobile, able to work any time and anywhere.

It follows that team productivity is directly linked to workplace design, including a team playbook (behaviours), team work tools and team work space.

How the workplace supports team productivity is set out in the tables below. Each table sets out Team Support Features that link to each of the four workplace strategies. 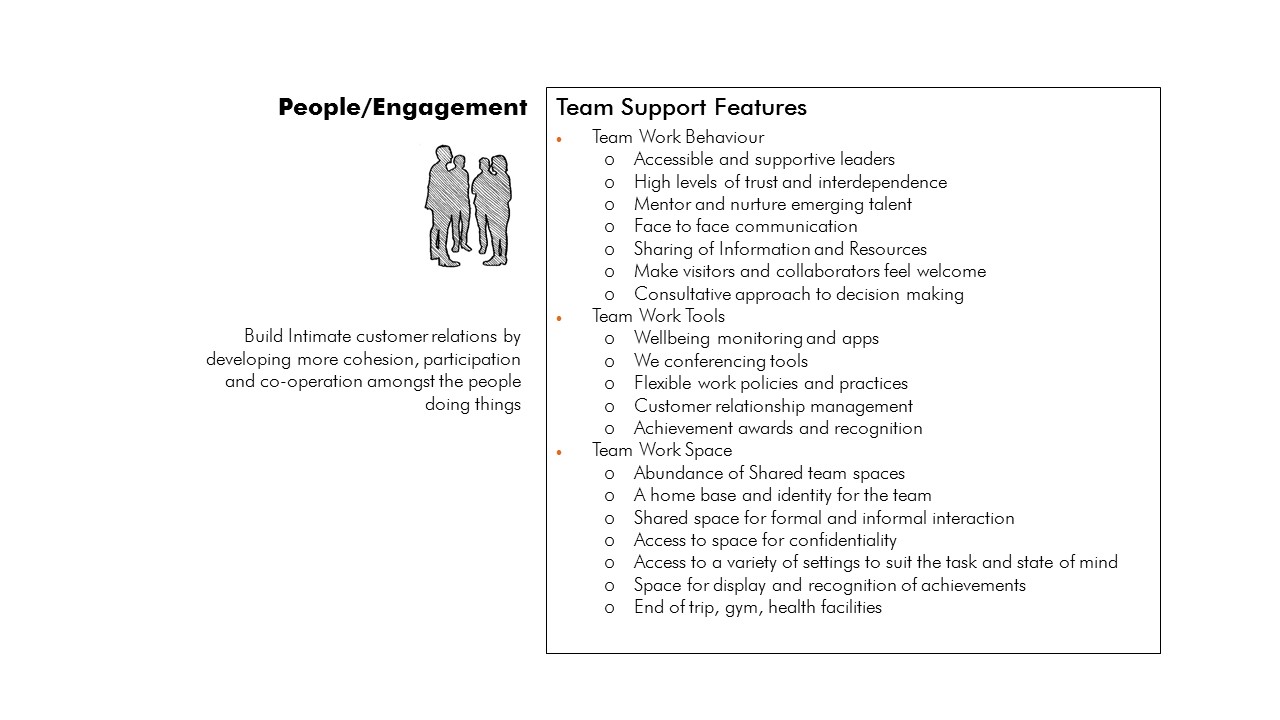 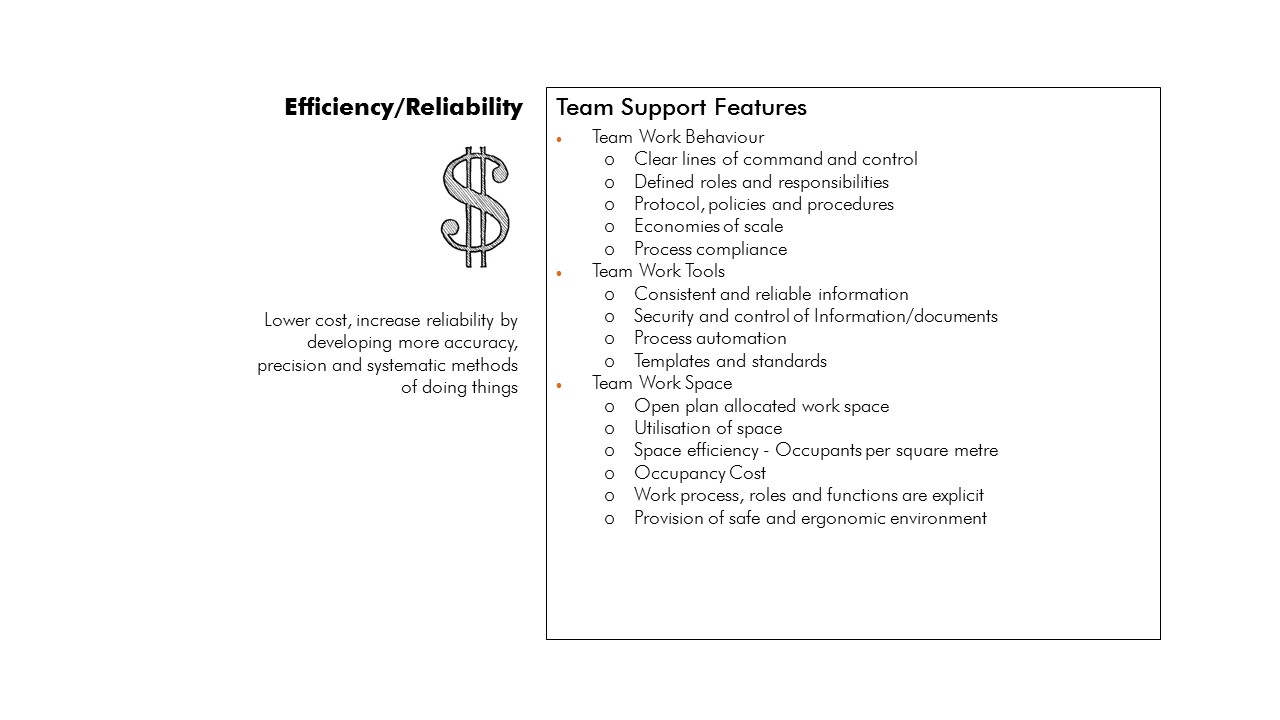 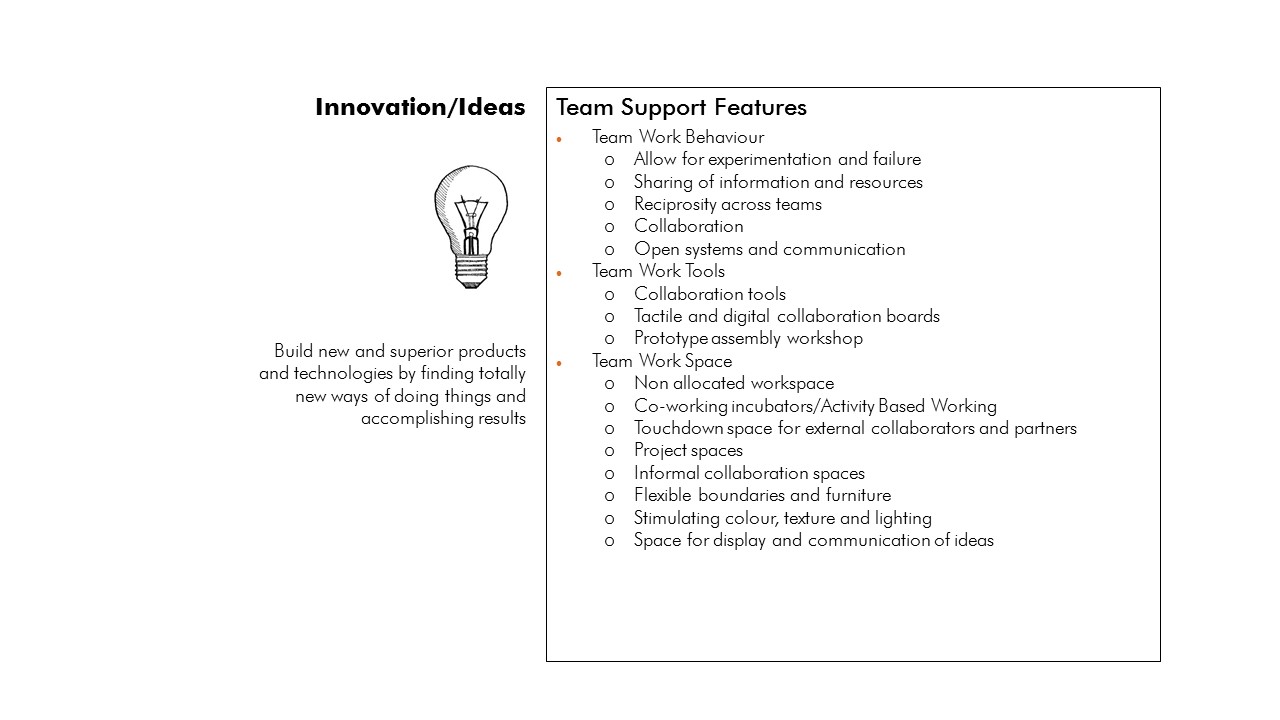 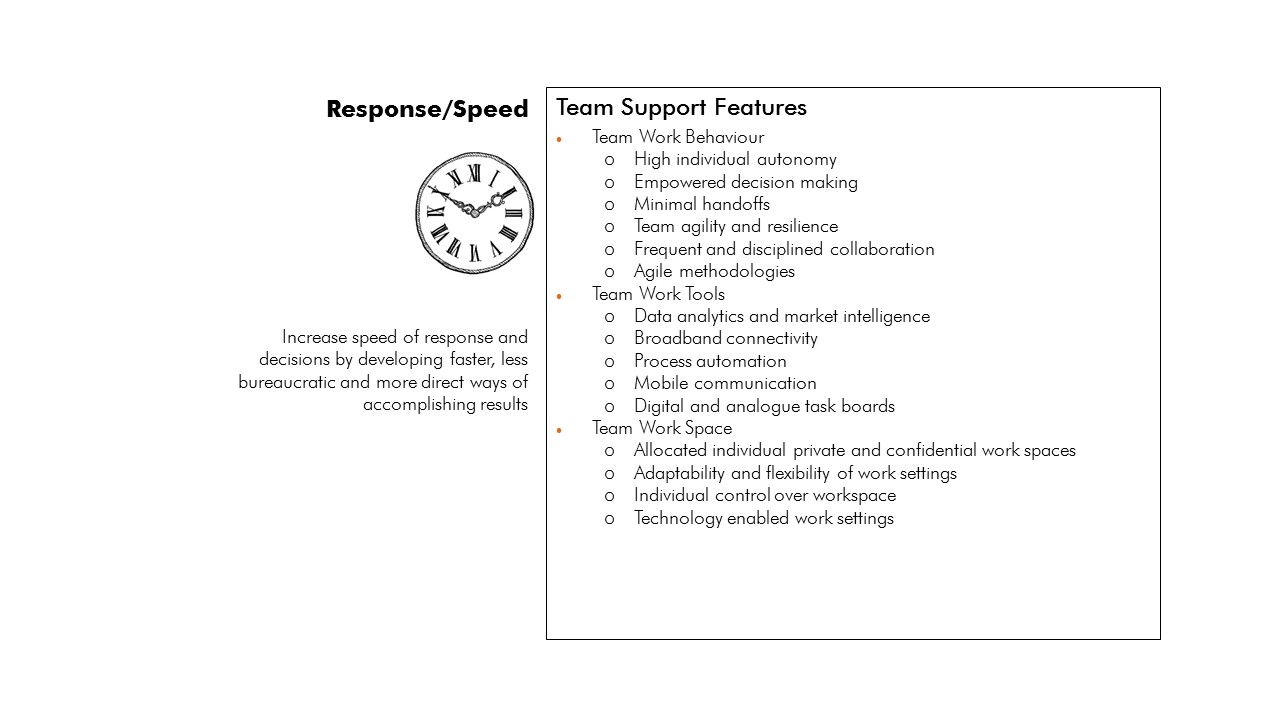 A high performance team is the new paradigm of workplace productivity. But there is no single productivity measure that can be applied across all teams. Each team has its own productivity measures that are linked to strategy, culture and values. This requires a new approach to workplace design that achieves a 'balanced workplace' embracing a unique combination of team playbook, team work tools and team workspace.

Team Based Working provides the architecture for high performance teams. The model has been developed by Resource Architecture with La Trobe University Research.

For more information about Team Based Working, to download a whitepaper or book a live tour click on this link: www.teambasedworkplace.com.au