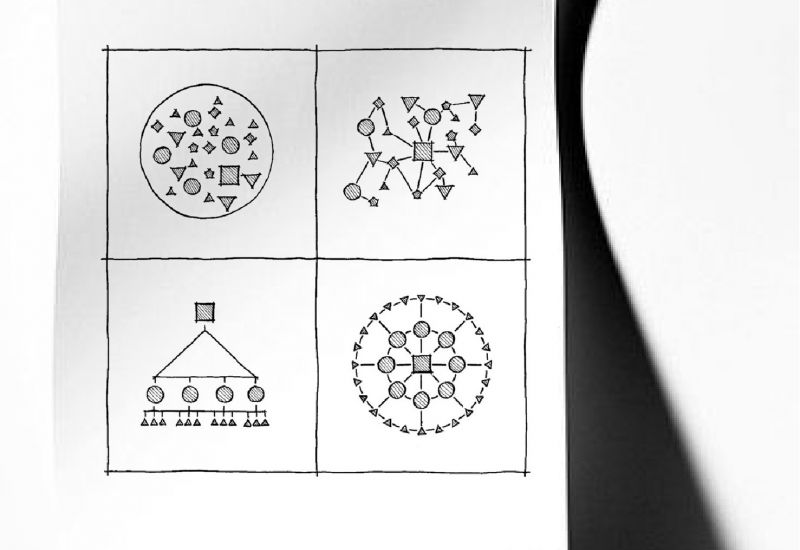 What is the ideal work group size to achieve maximum work performance?  How can thesse groups be best arranged in a workspace?  Doctrine within military and emergency combat agencies is to limit the span of control to 5-7 people.  A group of 6 is frequently acknowledged as an ideal environment to generate creative ideas and solutions to problems; think of a Jazz Sextet, the Scout Patrol or the military Navy Seals 'Six'. Within many team sports the number of team members range from 5-7. There is research to support that the same principles apply to work teams within office environments.

Much has been written in the context of military, sport, psychology and even neurology to support the concept of keeping the span of control and group size to between 5 and 7.  Most recently Hoegl wrote in "Smaller teams-better teamwork: How to keep project teams small" published in Business Horizons journal, that small work groups are more productive, support innovation, build trust, mutual respect and create a sense of identity:

Psychologists refer to small goups of people as the foundation of personal wellbeing and relational co-ordination. Six facets have been found to support group quality; communication, coordination, balance of member contributions, mutual support, effort and co-hesion.  The benefits of small self managing work groups is best expressed by leading Human factors academic Christopher Alexander in "A Pattern Language":

Most organisations will employ far more than 5-7 people.  Where this occurs, small work groups can be clustered into 5-7 work groups which we will call 'Domains'.  Each work group 'lead' will report to the Domain 'lead' - once again a small group of 5-7.  This can further repeat no matter how large the organisation.     To illustrate this, the diagram above represents a group of about 25 functional work groups that are clustered into functional domains. The illustration was developed for an emergency management operations centre.  Functional leads come together in the centre within the central multi-function marketplace.

How to Design Space for Small Work Groups

Small work groups of 5-7 people are able to be accommodated within a small work studio that provides desks, storage and a small stand up meeting table.  the sudio is able to be customised by the occupants depending upon the type of work. 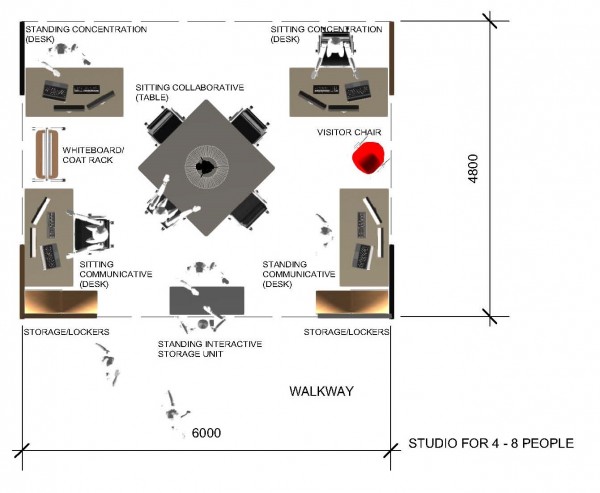 While small work studios support an intimate atmosphere, they can restrict communicnations between groups.  According to Christopher Allexander in "A Pattern Language", this problem can be solved by arranging the small groups so that they have partial views of one another and they share common facilities.

Where two or more work groups fluctuate in size, temporary extension of the team into adjacent work studios or 'in between' available work points in other less formal but nearby work settings will be required. 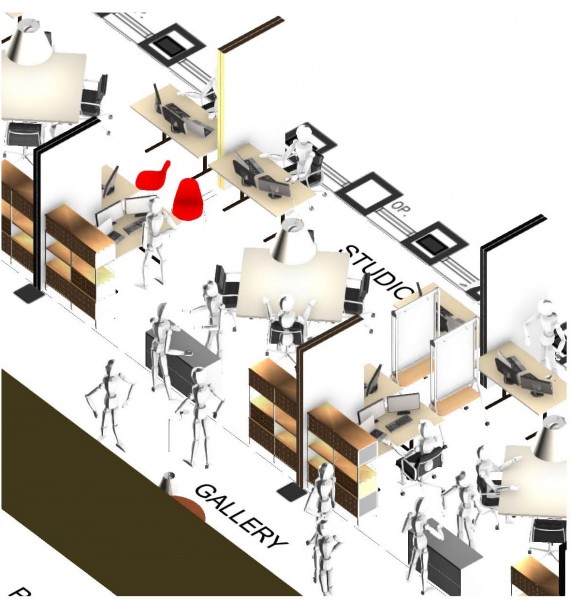 Tags - Work Space , Teams , Work Teams , Workplace , Agile , Activity Based Working
Read more Articles
How has Covid-19 impacted the employee experience?
What does it take to be one of the ‘50 Best Places to Work’ in 2020?
What is the future for the office?
Seven Workplace Enablers that Support a Culture of 'Leaning Forward'
How Organisations create a culture of Leaning Forward
Why Collaboration requires a culture of leaning forward
Team Based Working & the Future of Work breakfast forum
How the design of your workplace directly links to productivity in your team
How to use space to increase informal collaboration in the workplace
Hot Desking vs Team Based Working
5 Reasons why people work better in teams
What is Resource Architecture?